Few leading Fashion Designers of India: Why are they famous ?

Few leading Fashion Designers of India: Why are they famous ?

In mid-80s designer labels made inroads and created base for hi-fashion garments in India. However it was during 90s only that India began to take fashion designers seriously and a number of Fashion and Lifestyle publications were launched.

Since then much water has flown into Ganges and fashion designers from of India have made their presence felt on international fashion events and a few have become household names.

Here is my take on few leading and highly creative fashion designers. And why they have reached that level:

His forte is Traditional and Indian, and his roots and heritage have inspired his designs. In addition to traditional Indian culture, he has a nuanced understanding of the western culture as well. As a result, he collaborated with Christian Louboutin for making embroidered Louboutin shoes.

Three  years after his label started, Femina British Council gave him the award of the outstanding young designe. He is the only Indian designer to be a part of all three leading fashion weeks, i.e., Milan, London, and New York.His bridal designs have been widely loved by brides all over the world.

He has designed wedding outfits of some of the most powerful and loved celebrity couples of India, such as Anushka Sharma-Virat Kohli, Deepika Padukone-Ranveer Singh and Priyanka Chopra-Nick Jonas.

Rohit Bal : New Delhi-based Rohit Bal is one of the most successful designers in India. He is renowned for creating stunning designs that are a beautiful amalgamation of Indian and modern designs.His usage of peacock and lotus motifs are widely acclaimed.

He has displayed his designs in famous fashion shows in Paris, New York, Singapore, Geneva, and all the major cities of India.Rohit Bal provides designs for both men and women. Along with many Indian brands, he has also collaborated with many international brands such as Christian Louboutin and the international textile company, Reid & Taylor.

He has also designed costumes for the game show, ‘Kaun Banega Crorepati! His work embodies great attention to detail.

Manish Malhotra: He has a number of accreditations to his name. He has designed for stars Reese Witherspoon, Kylie Minogue, and Jermaine Jackson and his wife Halima. He has also designed the wedding outfits for the Princess of Riyadh as well as for the late ‘King of Pop’, Michael Jackson.

Interestingly, this famous Indian designer started his career as a model. He entered the realm of designing fashion, art and clothes. He is the most celebrated fashion designer in Bollywood. Having begun at an early age of 25,Manish Malhotra has done a remarkable job in styling the big names of Bollywood such as Aishwarya Rai, Deepika Padukone, Kajol, Rani Mukerji, Madhuri Dixit, Alia Bhatt, and Sonakshi Sinha. Bollywood provided him the platform to start his fashion career, and his designs brought the fashion design industry to the forefront. .

Some of his signature styles include intricate embroideries, unique western-inspired trends like off shoulder blouses or floor-length ponchos.

JJ Valaya: Acclaimed fashion designer, JJ Valaya in addition to being Global Ambassador of renowned name in Crystal Swarovski is also a founding member of the Fashion Design Council of India (FDCI).

JJ Valaya is kown for his unique contemporary attires, exotic styles, vibrant colors, refined silhouettes, and impeccable hand-made embroidery: His clients adore him for offerimg a mix of royalty and elegance.

His designer creations are marked by use of beads, metals, buttons, gemstones, and sequins. His embroidered ensembles set him apart. His unique craftsmanship reflect in the way he uses dabka, kora, and mukaish. i

Proud recipient of Prix d’Incitation in Paris, he  is also author of Decoded Paradox published b 2011.Reowned names such as Joseph Fiennes, Cate Blanchett, Hrithik Roshan, and Kareena Kapoor have been seen dressed in his creations.

Tarun Tahiliani : Tarun Tahiliani is renowned for blending Indian craftsmanship with tailored silhouettes. He is one of the grandest names in the world of design. British stylist Isabella Blow famously called him as the ‘Karl Lagerfeld of India.’ He was the first Indian designer who was invited to present his work at Milan Fashion Week.

He has carved a niche for himself in bridal wear designing. His expertise lies in designing couture and ready-to-wear apparels. He has created designs for esteemed celebrities such as Lady Gaga, Deepika Padukone, Aishwarya Rai Bachchan and Shilpa Shetty.

Not only clothing, he designs beautiful accessories also!He and his wife Sailaja ‘Sal’ Tahiliani are the founders of Ensemble, which is India’s first multi-designer boutique.

Ajay Mehra: Acclaimed designer for Menswear, Ajay Mehra created a furor in thr fashion arena by organising a fashion show in a running train in 1995. This feat entered his name in the Guiness world record. His brand Ajjay Mehrra has earned a name for its contemporary cuts, fine silhouettes, comfortable and practical clothing.

He is also renowned for creating designer wear and wedding wear for men in india; and possesses a rich heritage of dressing up the power circle of the political movers and shakers of Delhi for over a century.His clientele base include Diplomats, Actors and Cricketers.

Masaba Gupta : Masaba Gupta is one of the youngest and most unconventional designers in India. Her designs are known to be highly inspired by her Indian and South African heritage. She uses bright colours and creates unimaginable contrasts, which is widely lauded by her clients.

Her signature style includes designing quirky fusion wear that blends the traditions of the past with modernity. She has deciphered the art of fusion wear, and she creates clothes that are different, yet traditional at the same time. She is known as the ‘Queen of Prints’ globally, and she was featured on the Forbes 30 under 30 list in 2017.

She has designed for brands such as Maybelline New York. Popular celebrities such as Sonam Kapoor, Priyanka Chopra, Kareena Kapoor Khan, and many others have proudly adorned themselves with her designs.

Anju Modi:  Anju Modi’s presence has played a fundamental role in the Indian fashion world since the 90’s. Being the founder member of the Fashion Design Council of India (FDCI), she has contributed massively to the growth of Indian textiles and designs. She is known for her beautiful Indian wear clothing, especially lehengas.

Her best-known works include designing for the super-hit movie, ‘Goliyon Ki Raasleela Ram-Leela.’ Her most famous recent work remains the outfits for Deepika Padukone in the movie, ‘Bajirao Mastani.’With over 350K followers on social media and multiple stores in India, Anju certainly deserves to be one of the top fashion designers in India.

Anamika Khanna: Anamika Khanna is sought after by many famous personalities in India, and Bollywood’s fashion superstar Sonam Kapoor herself has applauded and loved her designs. First Indian designer to have an International label: “Ana mika”,Anamika’s creations are sold online as well as offline in stores across India and abroad. She has been covered under BOF (Business of Fashion) for her designs that exhibit a unique blend of Indian textiles and techniques with western silhouette and tailoring.

She is one of the first Indian women to showcase her designs in Paris Fashion Week.She is a designer who helps people discover a unique and personal style of their own.

Abu Jani & Sandeep Khosla : This designer duo is among the most loved and recognized designers in India. This incredible duo were pioneers in the field of fashion design in India. Their famous designs involve the fusion of traditional aesthetics and modern design.

Coming from a humble background, their journey began after they started a label named Matahari and Jashn in 1986, which they later changed to Abu Jani and Sandeep Khosla. They have been working together and creating amazing designs for nearly 30 years.They have close connections with the Bollywood fraternity, most noteworthy being the famous Bollywood actor Amitabh Bachchan .

Sonam Kapoor herself wore the sangeet outfit designed by the duo. One of their most famous designs was the white wedding reception look, which they designed for Ranveer Singh and Deepika Padukone. They have also designed outfits for many iconic movies, such as ‘Devdas.’Abu Jani and Sandeep Khosla are famously known as ‘The Boys’ of the Indian fashion industry. Their designer menswear and womenswear exhibit the royal style of Indian clothing in a magnificent manner.

Ritu Kumar: Ritu Kumar’s designs speak for themselves. She started a sub-brand called Label in 2002. Her designs include intricacies and embellishments that reflect her refined sense of beauty. Her garments aim to reflect the traditional Indian craftsmanship and grandeur.

She is one of the most reputed fashion designers in the world. The late Princess of Wales, Diana, wore her designs; and, her list of admirers includes celebrities such as Priyanka Chopra, Lara Dutta, Deepika Padukone, Madhuri Dixit Nene, and Jemima Goldsmith, among many others.Her designs prove that she is the backbone of the fashion industry.

Neeta Lulla : First thing that comes to one’s mind when we hear the name Neeta Lulla is costume designer for films. She became a household name after she designed grand costumes for the 2002 blockbuster ‘Devdas’. Since then, she has made designs for over 300 movies, including Bollywood’s epic period movie ‘Jodha-Akbar’ and ‘Mohenjadaro’.

In addition to movies, she also famously designed two outfits for Aishwarya Rai’s wedding. Her designs are widely acclaimed in India. Her unique and diverse designs led her to win multiple national awards for costume designing. She also runs a design school in her name. 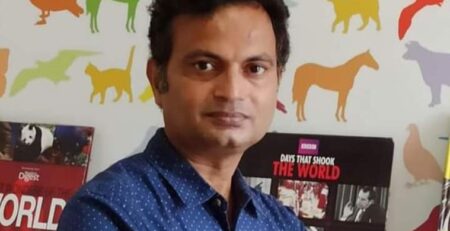 Making a career in the field of fashion writing

By Dwijendra Kumar Recent years have shown an unprecedented rise in... read more 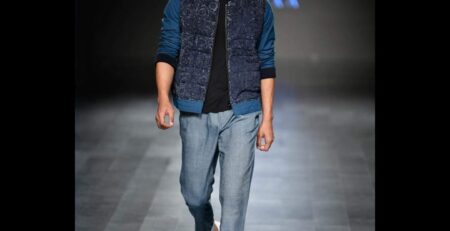 Not just looks, overall Personality would matter if one aspires to be a Model: Aarav Ahuja

One of the leading models, Aarav Ahuja has walked all the... read more 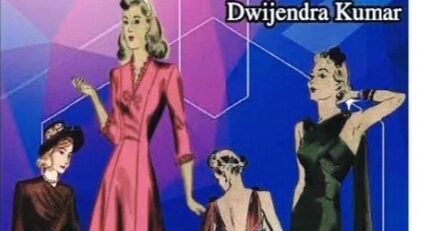 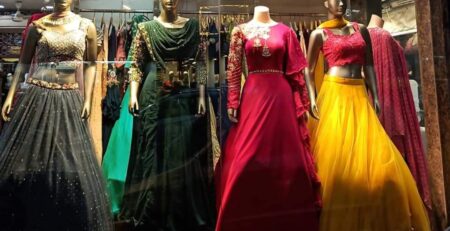 Visual Merchandising as a Career 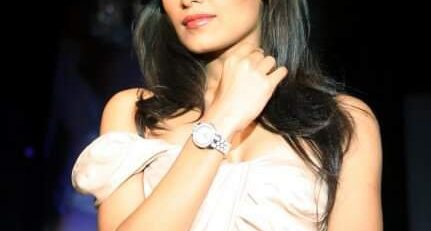 As Fashion Shows turn into serious business activity, a host of careers too have sprung up

Dances and eye-popping catwalks are on their way out as serious... read more 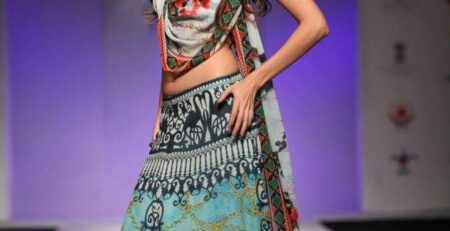 Fashion Show Choreographers are the brains behind fashion shows. From directing... read more 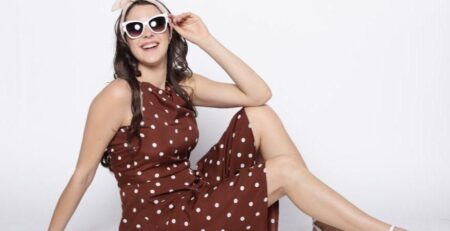 By Dwijendra Kumar Though the concept of fashion... read more

Dwijendra Kumar The Indian textiles and garment industry contributes 2% to the... read more 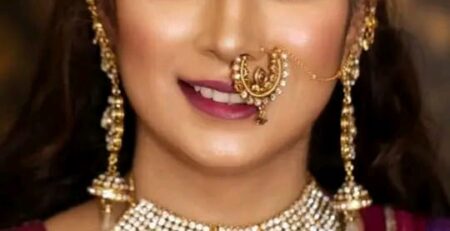 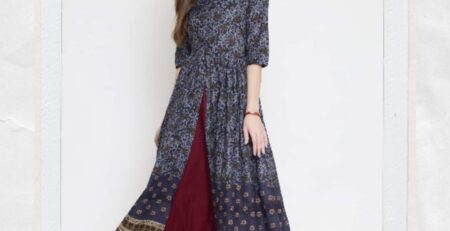 Fashion Technology as a Career

This Blog is solely for the purpose of description of  potential careers in the field of Fashion and Textile Industry. Please Contact – fashioncareersin@gmail.com